Skip to Content
By continuing to use this site, you agree to the use of cookies. Find out more
Home Recipesbraised smoked belly of Dingley Dell pork 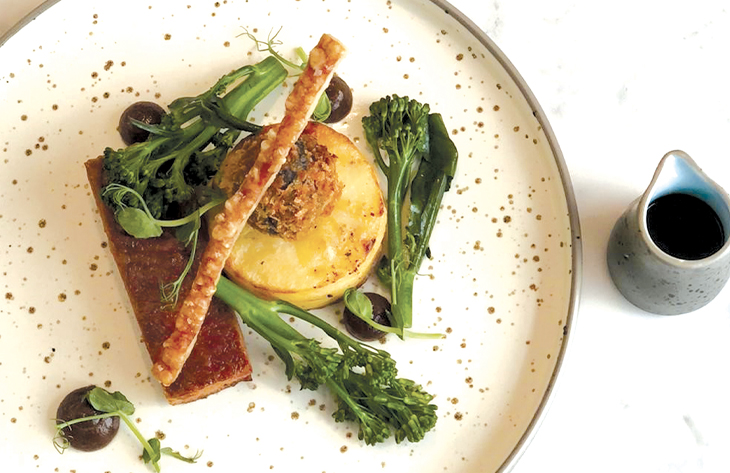 This dish does take some planning and preparation, but it would be a real show stopper for your friends and family. Ideally, start the pork the day before.

Terry Balme, Executive Head Chef at The Hog Hotel in Pakefield, shares two recipes from the hotel’s new seasonal menu. Impress your family and friends with these delicious dishes!

Whether it be for a family meal, a special occasion, a date night or just you don't fancy cooking, join us at The Hog Hotel for some of the finest food in town, if not Suffolk.

We take great care and pride in crafting our menus, which change from month to month, including interesting specialties from around the world. Of course, this doesn’t mean that we’re neglecting local favourites – far from it! We have a whole menu dedicated to the flavours of Suffolk, and we work extensively with local suppliers to make sure everything we serve is farm fresh. Plus, our traditional Sunday lunch is the best in Suffolk.

Not in the mood for a full meal? Pop into our bar for a drink Wednesday to Saturday. We have an excellent selection of bottled beers, ales and cider as well as some delicious bar food. Don’t forget to check out our selection of spirits and wine as well. We’ve carefully curated our selection to give you access to unique options from top producers.