Skip to Content
By continuing to use this site, you agree to the use of cookies. Find out more
Home about the magazine issue 01 features Norfolk Raider Cider – passion and patience in a glass

World War II nose art is a specialist area – and not necessarily something that you would expect to see on a local cider bottle. But then, Norfolk Raider Cider is not your average beverage. Made by hand to a traditional recipe, over 100 years old, and honouring the brave men who flew B-24 Liberators out of the original Norwich Airport in the Second World War, Norfolk Raider is so much more than just a drink. Samantha Mattocks headed over to their orchards to find out more.

The cider is named after the ‘Norfolk Raiders’ – the local name for the USAAF crews from Horsham St Faith’s airfield, now Norwich Airport, during the Second World War. It is a wonderful way for us to honour them.” So says Paul Cork, owner of Norfolk Raider Cider. With his wife Beth, they have turned their catering background into a thriving business that is not only winning awards, but its challenging peoples’ idea of what a good cider really is.

“It all began five years ago,” grins Paul, as we sit among the fruit trees that make the amazing Norfolk Raider Cider. “We had masses of apples from our garden, so Beth’s dad, Terry, suggested that we make some cider based on an old recipe that he had. It was written on a piece of paper, and we followed it exactly and ended up with eight gallons – 36 litres – of cider from just one tree. This year, we have made 30,000 litres of cider!”

Using this method is what makes Norfolk Raider stand out among other cider brands. For one thing, the cider is still just as it would have been 100 years ago. The apples are pressed through sacks and pasteurised, again as they would have done in the past and even when the famed Norfolk Raiders were sitting on the church walls and enjoying a glass or two from the local pub. There are no sulphates in the cider, nor e-numbers, and the trees are totally organic with no sprays used at all – there is tar and wire around the bottom of the trees instead to prevent snails and slugs climbing up and destroying the valuable crop.

“Years ago, the tied cottages always had two trees – a bramley tree and a dessert apple tree. At the end of each harvest, they would mulch the previous year’s apple crop and make their cider that way. It all ties in to a slower pace of life where nothing was wasted. And that sums us up as well – our pressed apples, that used to be thrown on the field next door and ploughed back into the ground, are now used to make apple cider vinegars. We can’t actually keep up with the demand, they are proving so popular!”

Paul and Beth choose from a selection of 15 different apple varieties to make their seven iconic ciders – Honey Belle, Elder 24, Cinnamon Lil, Dolly Pink, Gator 24, and Perri-Winkle, all at 4%, and their bestseller Wingman at 6.2%. “The Wingman is a blend of three dessert apples to one bramley,” explains Paul before he grins cheekily. “And it is off to a Somerset Cider Festival! One of our friends is going down there and he has just picked up a 20 litre case to take. Imagine – a cider from Norwich going to a festival in the home of cider!”

Paul admits that, when Norfolk Raider Cider began, they were just playing with it. “I am a chef by trade, and I was Catering Manager for the Norfolk & Norwich Association for the Blind having trained at the Maid’s Head Hotel. Beth is a pastry chef, an amazing pastry chef, and she took Silver at the Culinary Olympics. Making cider was a good way for us to try something different together and then, in 2019. The Perri-Winkle was named joint winner at the East Anglian Cider & Perry Competition. That was the moment we realised that we had something really special here.”

Other awards swiftly followed, and this year saw their Wingman voted in the Top 14 Best British Ciders by the Independent.

“In some ways, we are still playing as we are thinking of bringing out a cider and sultana flat cake for Christmas as well a Christmas cider. We are constantly trying new things, to see whether they work and whether we think they taste good enough. It is all about patience, however, as it takes six months to produce a cider before you can open the barrel and see if your experiment has worked or not.”

Norfolk Raider Cider now supplies many of the pubs across the region and when I arrive to meet Paul at White House Farm in Rackheath, a couple have detoured to buy some cider before returning to Lincolnshire having tried some in a pub the night before. “We work with some amazing pubs and amazing people,” says Paul. “There are many we are so grateful to for taking our ciders and putting them on their bar when we first began. One pub in Norwich is now taking 60 litres a week – we can’t keep up!”

To that end, while Norfolk Raider Cider remains a family business, it has expanded over recent years and now has a team of seven including their son, Joe and Beth’s son Perry Clements. They also have Toby, Jonathan and Debbie, while 20-year old Kyle Friend is heading up the team leaving Paul free to experiment with new flavours and work on a different side of the business.

“Kyle came to us when he left high school, originally working at weekends picking the apples,” explains Paul. “He enjoyed it so much that he kept on returning and after 18 months, we offered him an apprenticeship. Kyle is a great lad, and it is him making the ciders now.”

Speaking to Kyle, it is clear to see that the passion for cider has rubbed off on him. “Since joining Norfolk Raider, I have seen it grow from 25 barrels of cider a year to over 50,” he smiles. “This is my future, at Norfolk Raider, and it makes me very proud to see people drinking our ciders – ciders that I have made. I am now training Toby, and I want him to feel that same sense of pride that I do about our ciders.”

Talking to Paul, that sense of pride comes across most when he is talking about the Norfolk Raiders themselves, and that strong connection back in time, not only through the processes they use to make the cider, but through the artwork on their bottles.

“We use nose art from the B-24s that flew from Norwich,” explains Paul. “When we go to Lakenheath and Mildenhall for events, everyone loves the cider and also the art. In many ways, we are keeping that sense of nostalgia going for future generations, and that is something special indeed.”

Norfolk Raider Cider is the only cider brewed in Norwich – and is one of less than 10 known cider producers in the county – and it is clear that it is in safe hands. Through their range of ciders and cider vinegars, which come in four amazing flavours plus their original apple cider vinegar, they have mixed tradition and history together in a bottle. 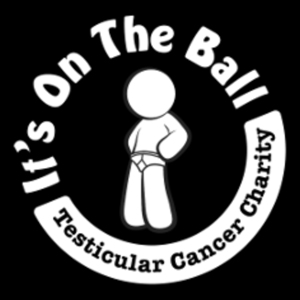 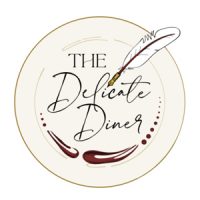