Skip to Content
By continuing to use this site, you agree to the use of cookies. Find out more
Home Features The Grove, Cromer

…from Sundown to home comforts – 85 years of coastal living

An ever-growing band of followers have known that The Grove in Cromer is one of Norfolk’s
true hidden gems, but now this family-run hotel and restaurant is fast becoming well-known on a much larger scale. This year sees this beautiful Georgian country house celebrate being curated by the Graveling family for 85 years, and they feel assured that The Grove’s reputation, as well as its business, is blossoming.

At a glance, The Grove is a throwback to the golden years of seaside holidays, especially being located in the iconic Victorian resort of Cromer, yet this hotel has managed to blend nostalgia and progression seamlessly. A clutch of awards include a coveted AA Gold Award and eviivo’s Story of the Year, and this 4 star hotel has created its own very special place in both its hometown and its history.

The Grove in its current form was originally one of the many summer homes of the Gurney family, part-founders of Barclays Bank. It was they who were largely responsible for building on to a more modest farmhouse to create the house as it stands today. In 1936, Bob and Hilda Graveling acquired The Grove and as soon as the Second World War ended, they opened it up as holiday accommodation for the ever-popular seaside resort of Cromer.

In those days, life was very different of course. Bob was a keen smallholder, and the grounds were perfect for his pigs and chickens as well as Daisy the cow, who had free reign of the town and was a minor local celebrity in her own right. Hilda would keep house and look after the guests while Bob held court in the lounge after dinner. Their four children, Jean, Beryl, Edna, and John roamed the grounds in their childhood and eventually, it fell to John, with his wife Ann and their five children, to take over the business when Bob died in 1978.

John and Ann oversaw a huge programme of updating and renovation, making all the bedrooms ensuite, completely overhauling the plumbing and electricity systems, converting the block of old barns into luxury self-catering accommodation and, after a particularly damp summer, building an indoor heated swimming pool. John was also running his civil and structural engineering business from the house, so Ann was left to look after the catering, washing, housekeeping, and cleaning for 24 guests as well as five hungry children and one hungry husband!

After many years at the helm, John and Ann retired and their children took over the running of the Grove, with brothers Richard and Chris being the hands-on members of the partnership. It was a return to their roots as all had helped running food, welcoming guests, and washing up as teenagers. However by now The Grove was starting to evolve into a multi-faceted operation.

First up was the restaurant, and the brothers built on the existing set-meal provision for residents, achieving two AA Rosettes in just two years of being open to the public. The beautiful award-winning oak-framed Orchard Rooms followed, increasing the hotel accommodation by 40%. Youngest sister Ruth then introduced glamping to The Grove, with five amazing yurts – each named after local cheeses – now in place on the grounds.

The conservatory was replaced with a fabulous Orangery, housing a new bar area, and the grounds were given a facelift overseen by Estate Manager Nigel Waller. The Massage Hut followed, offering holistic massages in a hidden area of the garden known to the Gravelings as ‘The Secret Garden’. And then, in 2021, the latest addition to The Grove portfolio arrived: Sundown, a pair of magical giant tipis capable of seating 120 for weddings and functions, but also housing Norfolk’s latest smash-hit restaurant serving homemade stone-baked pizza, local tapas, and fresh North Sea lobster.

In many ways, it has been a whirlwind period, but Richard says that the ethos of the business hasn’t changed at all: “I was talking to some guests recently who complimented us on some of the new things we’ve done over the past few years, but also said it felt like walking into someone’s home. And that’s exactly what it is, really! We all grew up here in this lovely old house with our parents running things; we helped out in the summer and having guests with us was just part of life. They were lovely people who enjoyed coming to Cromer, and we enjoyed looking after them while they were here.

“We are much bigger now and we have absolutely incredible staff here, plenty of whom have been with us for years, and hopefully one of the big pluses for them is that it’s generally a working environment that they can enjoy. There’s lots of laughter and banter, as well as hard work. Every year, we add lots of young seasonal staff who are just great to be around. Some of them even have parents who worked here when they were teenagers!

“Although we’ve grown tremendously, we want The Grove to very much continue that feel and atmosphere of a family home. We’re not at all stuffy or scripted; we love seeing managers and staff engage and chat to guests – while providing high levels of service of course! – and this is one of the things that our guests absolutely love. It makes them feel special and that’s very important to us.”

Leading the way in ‘guest engagement’ is John, now 84, who looks after the considerable vegetable garden that provides the kitchens with fresh produce, as well as keeping a subtle eye on proceedings generally.

“Dad loves talking to our guests!” says Chris. “It is a regular theme that people will come back into the house after a tour of the grounds and tell us they’ve just been chatting to the gardener… But in all seriousness, it’s wonderful that the business is at the stage where our parents feel happy showing people around and telling them all about the history of the place. They’ve done such an amazing job over the past eighty years really – dad was born in the front lounge on Boxing Day 1936, making it quite a Christmas for our grandparents! And we love the fact that they’re proud of what we’ve achieved as a family.”

Chris has probably the toughest job in the business, looking after the back office and the finances – difficult at the best of times, but especially with a global pandemic to deal with that played havoc with the hospitality industry.

“It has been a bit of a rollercoaster, but I think what comes out of it is the resilience of the business, great relationships with our banks and infrastructure partners, and the overall attraction that the UK has to offer as a ‘home’ holiday destination,” says Chris. “Like everyone, we were on the ropes in April 2020 but we had an incredibly busy summer season, and this year has been just as good. We’ve managed to buck the trend of hospitality staff shortages, mainly thanks to some very hard work from our team, and of course we’ve also opened an entirely new venture to boot.”

The new venture is, of course, Sundown, The Grove’s start-up pizza, lobster, and tapas restaurant, set in two magnificent giant tipis in the gardens. It’s been a roaring success, with full houses virtually every night, and diners raving about the food, service and atmosphere.

“We started doing really nice gourmet pizzas on the lawns alongside our a la carte offering last summer,” says Chris. “They were really popular, so we started thinking about how to maximise that market for 2021. At the same time, the local enterprise partnership, who are a terrific organisation, were offering covid resilience match-funding for projects that were a diversification of an existing business. We’d always struggled for a big space for weddings and functions, and we’d had giant tipis on the lawns before when Ruth got married, so we knew they were a good fit for us. And outside of large events, we could use the space as a second restaurant.

“It was a bit white-knuckle at the start, but it all came together brilliantly, and we’re delighted at how it’s turned out.”

Sundown is an eclectic mix of food. As well as wonderful, tender Cromer lobster, there are tantalising stone-baked pizzas bursting with flavour and different styles, including the seafood-based Gangway to the quirky Gressingham, with crispy duck and hoisin sauce. Meanwhile, the tapas showcases the best of Norfolk produce including Marsh Pig chorizo, Brancaster samphire, Mrs Temple’s Copy’s Cloud fondue, and of course, fresh produce from The Grove garden – there is even a pizza called ‘John’s Escape’ for that very reason! The atmosphere in Sundown is absolutely magical, with twinkling fairy lights, raw wooden tables and benches, and Café Del Mar music throbbing away in the background.

“Hopefully people enjoy it,” says Richard. “We’re finding that diners are returning with different groups of friends, always a good sign, and we’re certainly getting excellent feedback. And of course, having Sundown means we can put on some very exciting events; we are currently planning Christmas comedy party nights featuring some really good acts, so stay tuned for details in the next
few weeks.”

The Grove may have a wealth of history behind it, but it is clear that, with Chris and Richard at the helm, they are developing this family-run business into something that will last for generations to come. And with Sundown being such an extraordinary success, we can only wait and see what the Graveling family decide to do next in this beautiful part of Norfolk.

Look out for – a luxurious wine tasting night with Peter Graham wines and a delicious tasting menu on Visit www.thegrovecromer.co.uk to find out more. 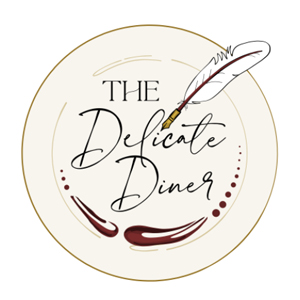